Everything went well for Iyanna King through the beginning of her first pregnancy. But when the Fresno mother-to-be attended a routine scan at about 22 weeks along, she learned her developing fetus might have a heart condition.

"I was like: 'What are you talking about?'" King says. "I was surprised, I was scared."

Her local doctors referred her to UCSF for a fetal echocardiogram, which found hypoplastic left heart syndrome (HLHS), a condition in which the left side of the heart does not fully develop at birth, affecting the flow of blood through the heart. Babies born with HLHS need surgeries to help restore heart function, meaning King would need special care for the remainder of her high-risk pregnancy and her daughter, Iris, would need multiple surgeries starting within weeks of her arrival. The Single Ventricle Home Monitoring Program at UCSF Benioff Children's Hospitals would be part of her care plan through the first two life-sustaining procedures she needed.

This early, vulnerable period is critical for babies like Iris because they need close observation for heart complications. Thanks to this program, many can spend this time at home with their families.

Surgery within weeks of birth

"We planned out my delivery and induction," King says. "March 8th came and I got induced, but Iris took three days to arrive."

When King gave birth to Iris on March 12, it was in an operating room. After a complication-free delivery and some tender moments on her mother's chest, Iris was whisked to the Neonatal Intensive Care Unit. Ten days later, after a short delay to recover from a routine case of newborn jaundice, Iris underwent her first heart surgery.

The first surgery for babies with HLHS is called the Norwood procedure, a complex heart operation that is usually done within the first two weeks of life. After a successful surgery, Iris recovered in neonatal cardiac intensive care, waiting for the swelling from her procedure to go down.

"When I saw her [after surgery], I couldn't recognize her," King says. "She looked like a sumo wrestler laying down."

Iris' family was able to visit while she recovered, including a month with a feeding tube. Finally, King was able to take her home on April 20. "That was scary for me — this baby just had heart surgery and we're taking her home three hours from San Francisco," she says. "[But] she did great."

Monitoring at home during a critical period

With care from the Single Ventricle Home Monitoring Program, King felt supported during the vulnerable period after Iris' first surgery. The program, which was founded in 2013, offers education, medical devices and regular provider visits to help parents of babies with HLHS between critical surgeries during their first year of life, when risk of serious complications is highest. Dr. Sarah Tabbutt, a pediatric cardiologist and critical care specialist, directs the program, with support from pediatric nurse practitioners like Ching Ching Yang, who meet regularly with patients like King via telehealth.

"We're there to reassure them and pick up on any cues that something might be going wrong," Yang says. "The biggest thing is just monitoring their vital signs and monitoring for any trends."

Parents undergo training and complete 24 hours of supervised care at the hospital before going home, where they may have to manage medical devices and medications while monitoring their child's health.

King had to weigh Iris every day, take vital signs, check oxygen levels and sometimes administer oxygen via cannula, a procedure Iris protested. All the equipment is provided by the program. Each Sunday, King would send the team data and information about anything that happened during the week with her baby's health.

"Iris' parents were so dedicated and were very thorough," Yang says. "It was really great to watch her grow."

A layer of support and care

The nurse practitioners also remind parents of upcoming appointments, which can be many for babies with HLHS. Their team collaborates with the patient's pediatric cardiologist and other care providers to simplify care navigation, and provides access to 24-hour advice with a cardiac expert.

"It creates a layer of support around them," Yang says. "For them, it feels like there is an on-demand team that is worried for them."

The program also offers access to dietitians for babies who need nutritional support and social workers with experience counseling the families of children with critical conditions. Each baby in the program also received weekly updates from their pediatric cardiologist that are recorded in their medical record.

"It's just a tremendous thing to be able to care for these high-risk kids and allow them to be home, and thrive at home," Yang says. Each baby in the program also receives weekly updates from their pediatric cardiologist that are noted in their medical record.

In July of 2021, Iris underwent her second surgery, the bi-directional Glenn shunt procedure, in which surgeons connect the pulmonary artery to the superior vena cava, allowing blood from the body to flow directly to the lungs and reduce the amount of work being done by the right ventricle. After just seven days of recovery, Iris was able to return home.

Babies with HLHS will need medications for the remainder of their lives and some eventually undergo heart transplantation. Iris will need a third surgery — known as the Fontan procedure — when she reaches about 30 pounds, but King says she continues to do well with two major procedures behind her. At 10 months, she's starting to crawl, eating solid foods and saying words like "mama" and "dada." She also claps, gives high fives, dances, and especially loves Elmo and her grandmother, King reports.

"She does live like a normal life now," she says. 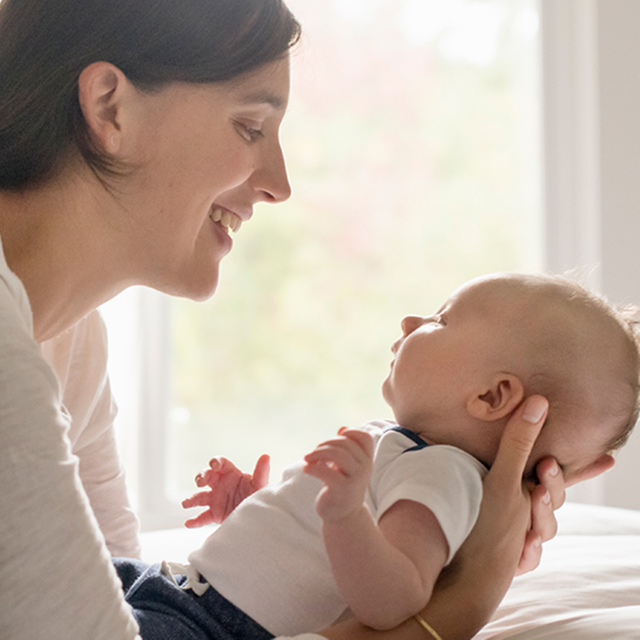 A boy born with an abnormally slow heartbeat returns to his favorite activities with the help of a pacemaker. See how it changed his life.

A dystonia patient's mother tells his story of muscle spasms, disruptive pain, and the deep brain stimulation surgery that restored his quality of life.