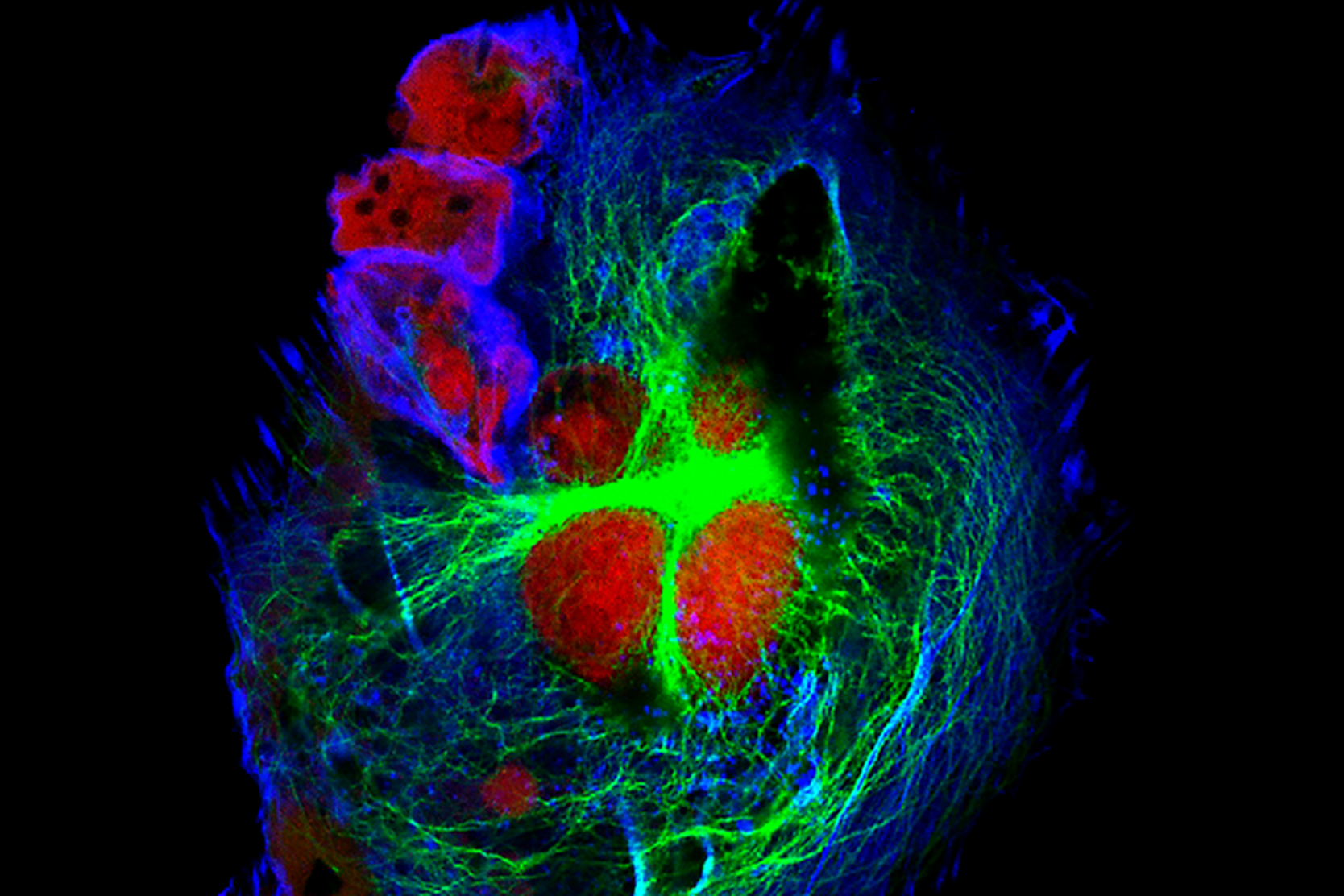 Neuroblastoma, a cancer that starts in immature nerve cells, is one of the most common types of solid tumors in children. While neuroblastoma can often be cured by surgical removal of the tumor followed by chemotherapy, children with extensive disease or features that indicate a high likelihood of recurrence may not respond as well to this standard treatment plan. An alternative for children with these high-risk neuroblastomas is an autologous bone marrow transplant (BMT), which uses their own stem cells.

For this type of transplant, patients first undergo a conditioning regimen in which they're given high-dose chemotherapy to kill the tumor. Bone marrow function is then restored by infusing patients with their own previously stored bone marrow cells. One advantage to this approach is that it eliminates the risk of graft-versus-host disease, a BMT complication in which donor cells (supplied by someone else) attack the recipient's healthy cells.

Because most of these children have neuroblastoma cells in their bone marrow, special techniques are used to remove these cancer cells from the bone marrow tissue collected prior to transplant. The purified bone marrow stem cells are stored in liquid nitrogen until the day of transplant. More recently, this technique – which medical professionals call "purging" – has been adapted to treat bone marrow stem cells circulating in the blood – collected by a procedure called leukapheresis – to facilitate what's called a peripheral blood stem cell transplant (PBSC). (Peripheral blood is the blood circulating through the body, as opposed to blood that stays in the lymphatic system or in organs.) There's some evidence that purging the collected cells may be unnecessary for a PBSC. Currently, the BMT program of UCSF Benioff Children's Hospitals is participating in a national study to evaluate PBSC purging in patients with newly diagnosed high-risk neuroblastoma.

In addition, UCSF Benioff Children's Hospitals offer novel investigatory protocols for children who didn't respond to initial chemotherapy treatments or who relapsed after an initial response. These patients aren't candidates for the standard autologous transplant but may be eligible for targeted radiation therapy followed by an autologous transplant.

High-risk neuroblastoma and I-131 MIBG therapy

We know that when high-risk metastatic neuroblastoma doesn't respond to chemotherapy or progresses despite chemotherapy treatment, it doesn't usually respond to further treatment, even when we use intensive chemotherapy and stem cell transplantation. We need to develop new approaches for these tumors.

One therapy being studied at UCSF Benioff Children's Hospitals involves the use of a compound called I-131 MIBG. MIBG is a chemical that mimics natural compounds in the body that are concentrated in certain tissues, including neuroblastoma cells. I-131 is an isotope of iodine that emits powerful radioactive energy, sufficient to kill tumor cells. When combined, MIBG and I-131 form a compound that holds promise for cell-specific treatment of neuroblastoma. Under the leadership of childhood cancer specialist Dr. Katherine Matthay, treatment with I-131 MIBG alone was evaluated at UCSF in children with progressive or relapsed neuroblastoma. In 20 percent to 40 percent of these children, the tumors decreased in size. The major downside seen by the researchers was a suppression of normal bone marrow function, though this could be corrected by an autologous stem cell transplant. Significant organ damage outside the bone marrow has yet to be seen.

Based on these observations, we believe that doses of I-131 MIBG can be increased with the support of autologous bone marrow or peripheral blood stem cell transplantation. Furthermore, we believe that by combining higher doses of I-131 MIBG with high-dose chemotherapy, and following this treatment with an autologous bone marrow stem cell transplant, children with otherwise untreatable neuroblastoma will have a chance at long-term survival with less risk of organ damage than has been seen with previous protocols.

Patients with neuroblastoma are eligible for this study if one of the following applies:

MIBG is a clear liquid administered into the circulation through an IV catheter placed in an arm or hand. Though the actual IV infusion lasts only about two hours, parents should expect their child to be in the hospital for six to eight days. Most patients don't experience significant side effects, but they are considered radioactive for four to five days and must be partially isolated in a special room outfitted with lead shields. Parents are allowed daily contact with their child for some amount of time each day, depending on the amount of radiation detected.

The most difficult part of the process for many kids is the boredom that goes with lying in bed for several days. Video games and other electronic devices are allowed, and the nurses and other staff will work with you to make sure your child is as comfortable as possible. Learn more about MIBG therapy.

Graft vs. host disease (GvHD) is a bone marrow transplant complication that can be severe and affect many organs. Read about types, treatments and more.