Kimmy Ramirez was 6 months old when the trouble started. She lost her appetite, began wheezing and her fingers began to turn blue. Kimmy's parents raced her to the emergency room at San Francisco General Hospital, thinking she had pneumonia. But the tests for pneumonia came back negative. As her health continued to decline, specialists were called in to examine her. After weeks of diagnostics and false starts, Kimmy was found to have cystic fibrosis, a genetic disease that causes thick, sticky mucus to build up in the lungs and other parts of the body. She was immediately transferred to the Cystic Fibrosis Center at UCSF Benioff Children's Hospital San Francisco. At UCSF, doctors were able to get her symptoms under control and build a treatment plan. Kimmy just turned 13. Her mother, Wendy Vallejo, tells the family's story:

What happened once you got to UCSF Benioff San Francisco?

The doctors at UCSF knew exactly what to do for Kimmy. Using drugs and therapies they stabilized her condition. After weeks of watching her health decline, I began to see a shift. Every day she got a little bit better. One day she sat up. The next day she started eating again. Soon after, she was able to breathe without wheezing. There aren't words to describe how grateful I felt.

Who was Kimmy's doctor?

Dr. Dennis Nielson met with us. He described cystic fibrosis in detail and told us what to expect from here on out. He explained that the disease is genetic, which gave me some relief. I was worried I'd done something wrong. That Kimmy's illness was my fault.

How are things now?

Kimmy is doing great. She does daily treatment, which includes inhaling medication morning and night. She takes medicine to help her digest her food and she also takes lots of vitamins. We've been going to UCSF for 13 years; it's like our second home. She has to be hospitalized three to four times a year and they always make us feel at ease. I would never want to leave her anywhere else. The amount of support we have here is amazing. Kimmy's team at the Cystic Fibrosis Center includes a pediatric pulmonologist, a pediatric nurse practitioner and a social worker. I know she's in good hands, which — as a mother — is the best feeling in the world.

Tell me about your relationship with Dr. Nielson.

Dr. Nielson is a trusted friend. He treats us like family, not like patients. I have so much faith in him. He knows my daughter very well. He knows her medical history. He knows what works for her and what doesn't. He's been there every step of the way. She trusts him, which is so important when you have a chronic illness. When she needs a procedure and I can't be there, she'll ask for Dr. Nielson. He stands in for me.

Talk about the new development in Kimmy's treatment plan.

Last year, a new drug (Kalydeco) became available for cystic fibrosis. Dr. Nielson explained the pros and cons of the new therapy and why he thought Kimmy was a good candidate. Because I trusted his judgment so much, I told him to give it a try.

Kimmy totally transformed. She looks better than ever. She looks like any other girl. She's able to participate in normal activities without being short of breath. In the time she's been on the drug, she's gone from being spending every afternoon lying in bed to going to Zumba classes. She can exercise for an entire hour without a single cough, which is an astounding development for her. At school, she's just like the other kids. She's become a typical 13-year-old. I am so happy.

Has Kimmy's condition changed you?

Raising a child with cystic fibrosis teaches you to be a fighter. I watch Kimmy deal with her disease every single day and I never hear her complain. She is the bravest person I know. She is my hero. I used to think I was going to lose my daughter at a very young age, but I'm not afraid of that anymore. 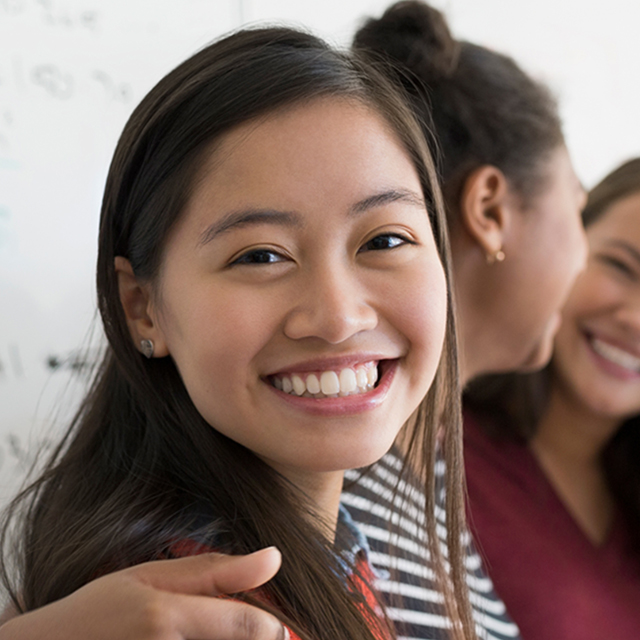