The increased rate of obesity means that obesity-related chronic diseases are becoming common among children and teenagers. Being overweight increases a child's risk for a number of diseases and conditions, including:

Between 25 percent and 40 percent of children who are overweight will have metabolic syndrome, which sets the stage for diabetes and heart problems. Metabolic syndrome includes:

The good news is that the health problems associated with metabolic syndrome respond well to diet and exercise. When children lose weight — even modest amounts of weight — it can reverse the negative effects of metabolic syndrome.

Overweight children and adolescents are more likely to become overweight or obese adults. It is an extremely difficult cycle to break. An unhealthy diet and a sedentary lifestyle are known risk factors for the three leading causes of death in adults: cancer, stroke and cardiovascular disease.

Although there are treatment options for overweight children, prevention is the key to combating the childhood obesity epidemic.

Encouraging Your Child to Eat Fruits and Vegetables

There are many ways to get fruits and vegetables into your child's diet. Read our tips and tricks, empower your child and get recipes.

Exercise can help your child maintain a healthy weight. Our tips can make it a fun, family activity that helps your child achieve their goals. Read on.

A Family Approach to Weight Loss Is Best

Weight loss requires changes in everyday habits. Children who see their parents and loved ones modeling healthy behaviors may be more successful. Read on.

Eating healthy can be challenging. We offer helpful tips that include what to eat, foods to avoid, common misconceptions and more. Read on.

Helping Your Child Be a Healthy Weight

The best way to help an overweight child is by focusing on their health and not their weight. Read our tips, which include using rewards and more.

Sweetened drinks are high in calories and contribute to obesity. Learn about the impact of regularly consuming these beverages and what to drink instead. 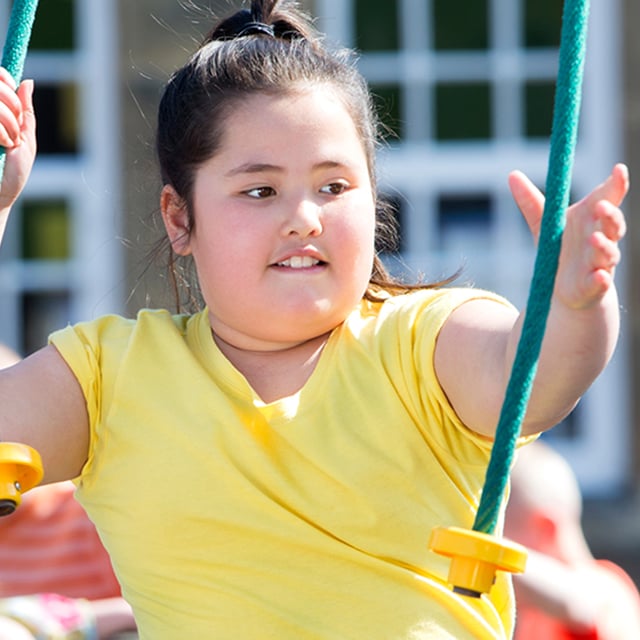