Teen Soccer Star Back on the Field After Heart Surgery

Fifteen-year-old Tyler Gaudreau is a soccer whiz — so speedy and skilled that he was invited to join the high school varsity team as a freshman. But his ability to play was threatened by Wolff-Parkinson-White syndrome, a condition that makes the heart beat too fast and carries a risk of cardiac arrest.

When did you first notice that something was wrong with Tyler's heart?

Jennifer: When he was in second grade he felt like his heart had the hiccups, is how he described it. So we went to the doctor and they sent us to a cardiologist. They had him wear a heart monitor and could not find anything.

Then, when he was in fifth grade, he came home one day and he said, "I think I'm going to die. Something is wrong with me. My heart's not feeling right." We took him to Dr. [Andrew] Maxwell in Pleasanton. He ran a few tests and said that he has Wolff-Parkinson-White syndrome. He wasn't concerned; a lot of people live with this. But about two years later, it got worse — Ty was feeling fluttering about twice to three times per week, mostly when he would feel stress. That's when we decided that we needed to see Dr. Tanel.

What did Dr. Tanel tell you?

Jennifer: He explained that we could leave it alone or we could get him surgery. He explained everything in detail — the surgery, the benefits and the dangers.

Were you worried about the surgery?

Jennifer: Absolutely. We got down to the wire, questioning ourselves. The day before, we were questioning, "Are we making the right decision for him?" We had my in-laws here and we all discussed if this was the right thing to do.

Tyler is actually the one who said it was. He said, "My life is soccer. I have to get this done because I don't want to die on the field." That was it.

What were some of your concerns?

Jennifer: My biggest fear was him having a heart attack or going into cardiac arrest. I was worried about the heart rate going up so high [during the procedure], because they have to put adrenaline in to make it beat faster.

Jennifer: His surgery was at 6 in the morning and we brought him back to the hotel at about 6 or 7 that night. We all watched a movie and he had clam chowder and it was like the best time of his life.

The next morning we went home and for the next two weeks, he was pretty much in bed, resting. He had a couple friends come over and say hi, but that was about it. After a couple of days, he could walk, he was eating, he was doing everything on his own, pretty much. He has an 11-year-old brother, Justin, who was very concerned about him and constantly in his face — "Are you okay? What are you doing?"

His surgery was on July 8, and on Aug. 31 he had his first soccer game.

What kind of follow-up did you need to do?

Jennifer: Five weeks [after the surgery], we had to go back to see Dr. Tanel. In November, we saw his cardiologist. Dr. Maxwell put him up on the treadmill and said he no longer has Wolff-Parkinson. We went back on June 29 and the doctor said, "It looks wonderful — and you are no longer my patient, Tyler." That was a very happy day. Big smiles.

Were there any high points of the last year since he had the procedure?

Jennifer: He was picked [as one of five boys to play in a soccer tournament in Mexico]. He worked really, really hard because he knew the coach was going to possibly pick him. When he got picked, he was in tears because he had worked so hard. He was just so happy.

How did he do in Mexico?

Jennifer: He was at the field from 7 in the morning to almost 9 o'clock at night. He played with his own age group and with 11th and 12th graders. He played beautiful soccer. He had three coaches scouting him to stay and play on a semi-pro team there.

He's been having the most sensational year of soccer. Every game he just gets better and better. He's on it. I'm just so proud of him.

Tyler, anything you'd like to add? How has it been for you since the surgery?

Tyler: Once I got the surgery I was relieved that I could just play. I'm not nervous about anything being wrong with me anymore, or wondering about all the bad things that can happen. I'm just happy that my heart is healthy.

Anything else you'd like other prospective patients to know? 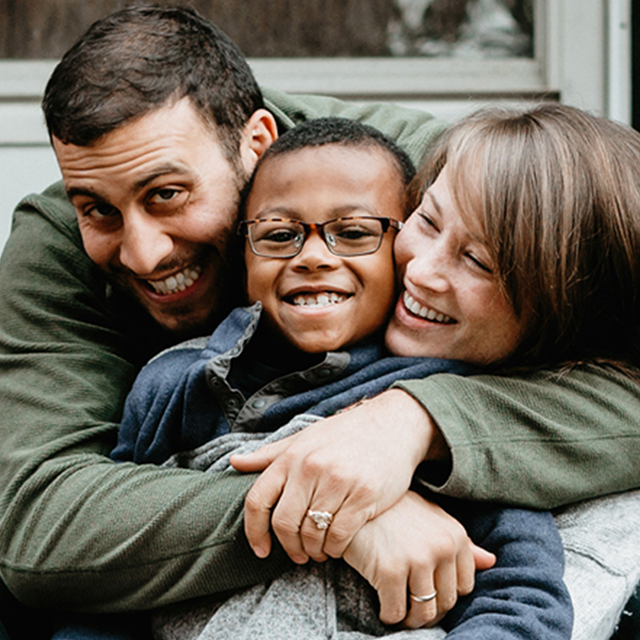