Oscar Lagna suffered from sporadic headaches as a young boy. When he reached the sixth grade the headaches began to get progressively worse. At first they lasted only a couple of hours. But soon they became more painful and lasted most of the day. On many days, the pain was so bad Oscar couldn't get out of bed.

At the time, Oscar and his family lived in Boston. His parents took him to Boston Children's Hospital where a series of tests and procedures ruled out a brain tumor. They went on to consult a handful of doctors, from neurologists to pediatricians. Eventually Oscar was diagnosed with severe migraines. But, as his father explains, "migraines are poorly understood and difficult to treat," so the diagnosis was just the first step.

Oscar continued to struggle with migraines. He fell behind in school and the stress of his disease took a toll on his family. When Oscar's parents were offered jobs in the Bay Area (Giorgio Lagna, Oscar's father, teaches at UCSF School of Medicine), they jumped at the chance to live near UCSF's Benioff Children's Hospital San Francisco because it had one of the only pediatric migraine clinics in the country. Giorgio Lagna, Oscar's father, tells the story here:

What was the hardest thing about Oscar's headaches?

The hardest thing was getting people to take them seriously. In Boston, his doctors and teachers thought he was making excuses to get out of class. Even family and friends weren't sure how to react. That was really hard. To have people constantly challenging Oscar was frustrating. I found myself wishing he had something that could be measured with a blood test or viewed on an X-ray so that I'd have some proof.

What did you know about UCSF Benioff San Francisco before you arrived?

We knew the preeminent experts in pediatric migraines — Dr. Peter Goadsby and Dr. Amy Gelfand — were at UCSF. We wrote to Dr. Goadsby while we were still living in Boston, and as soon as we moved to the Bay Area we established a connection with him and Dr. Gelfand. The next step was to put Oscar through a series of tests to try and identify possible solutions.

How did your experience at UCSF Benioff San Francisco differ from other hospitals?

Dr. Gelfand was the first doctor who really listened. Other doctors had questioned me about Oscar's stress levels at home, his environment, and our father-son interactions. I felt like I was being blamed. It was terrible. I was struggling on two fronts. On one side I was trying to convince the medical community that something is seriously wrong with my son. And on the other side I was trying to alleviate Oscar's suffering. At UCSF I was able to talk to Dr. Gelfand without feeling like she was judging me as a parent.

How did Oscar handle the move?

It was rough. Oscar had missed a lot of school due to his headaches and he struggled to keep up with his studies. There were days when we pushed him to go to school with a headache when we probably should have let him stay home. But as a parent it's a hard call. Once he got to class, he couldn't concentrate because the pain was so distracting. Some of his teachers were not very empathetic. I get it. Headaches are difficult to understand. But Dr. Gelfand jumped right in and gave us a booklet written just for teachers. It explained how a child with chronic headaches feels and why it's difficult for them to be fully present in class. It explained that migraines are a physical illness, not just a psychological issue or an excuse. After we sent that around to his teachers, they eased up on Oscar. Dr. Gelfand is not only a top-notch physician, she is someone who understands the difficulties families go through when dealing with this condition. It's people like her that make UCSF stand out.

What was the next step in Oscar's treatment plan?

With Dr. Gelfand's help we worked through two or three different medications. Some worked better than others. But none offered long-term relief. We knew things were really, really bad when Oscar started missing his after-school ballet class. He loved that class more than anything. Finally, Dr. Gelfand told us about a more intensive treatment she'd been researching. The treatment involved a week-long hospitalization so doctors could administer an intravenous drug, called DHE (short for Dihydroergotamine). It's an older drug that is relatively safe but can cause nausea as well as some other side effects. We decided Oscar should give it a try. Trusting Dr. Gelfand made the decision easier.

What was your stay at UCSF Benioff San Francisco like?

It sounds funny but the hospital stay was an extremely positive experience for all of us. Oscar enjoyed being in the hospital more than being at home because he had a TV right in front of his bed (laughter). The staff managed Oscar's nausea beautifully. The first day was a little rough but then he felt great and spent the entire week playing video games and ordering room service. The teachers from the hospital contacted the teachers at his school and came by his room to make sure he was keeping up with his schoolwork. For my wife and me, the hospital provided a quiet room down the hall for parents to take some space, catch up with email, and simply have some down time. My wife and I took turns sleeping in his hospital room in a chair that converted to a bed. It was surprisingly comfortable. Even more important, every doctor and nurse who entered his room would address him first. They'd ask him how he was doing. They wouldn't just jump into conversation with us. At the end of the visit, they'd always ask him if he had any questions. We were there, of course, but Oscar really felt like he was the person they were focused on treating. Dr. Gelfand took the time to explain the procedure and his condition in a way that a young person could understand.

What happened when you went back home?

He got out of the hospital right around Christmas 2012. Having Oscar back at home was the perfect Christmas present. Dr. Gelfand told us not to expect too much at first. She said, if he did benefit, it would be temporary. For the first day or two, his headaches were mild but still present. Then, to our surprise, they disappeared. It was like someone flipped a switch and turned off his migraine. Up until that moment, Oscar's headache was constant. Now it was gone. Best-case scenario, we were told he might be migraine-free for three months. Today we are headed into his seventh month of being headache-free. He is definitely among those patients who responded the best. A lot of other doctors wouldn't have even tried it, but Dr. Gelfand was willing to take a risk and it paid off.

What has Oscar's recovery meant to your family?

Any parent knows that having a child be sick at home for a day is hard. Oscar was sick for two years. It was hard on both me and my wife. One of us would need to stay home with him when he was too sick to go to school. Other times we'd need to run him to the emergency room in the middle of the night because he was in so much pain that he threw up. Nobody considered a headache an emergency. But it absolutely was an emergency for us and for Oscar. His illness affected our ability to work. It strained our marriage and our family. We have two younger girls and they handled it well but the entire family was revolving around Oscar's headaches. His recovery has rebalanced the chemistry of our family. We are so grateful he's gotten these months of his life back so that he can just be a kid.

Oscar is back to normal. He goes to school and ballet class. I take solace in the fact that the experts at UCSF want to understand migraines, not just treat them. I love that Oscar is being cared for by one of the few groups in the country that is tackling this disease from a research perspective. There is still a lot to do, but things are moving forward and that gives me hope. 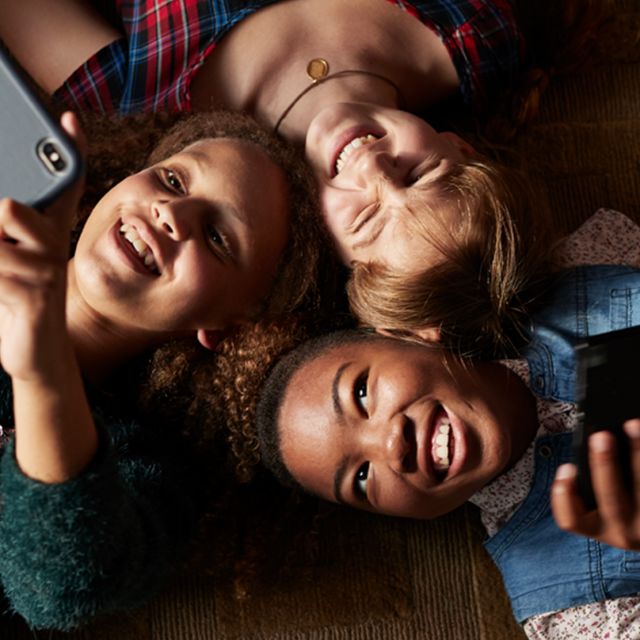