In our sports medicine practice, a new sports season often means an influx of young athletes with knee injuries. Unfortunately, many of these patients have anterior cruciate ligament (ACL) tears that require surgery. Their parents commonly ask, "Why did this happen to my child?"

Some ACL injuries are simply bad luck – for example, two players colliding on the field. However, sports medicine experts have identified several factors that may raise an athlete's risk of an ACL tear. Some can be controlled, others cannot. They can be divided into individual and environmental risk factors.

Individual risk factors for an ACL injury include:

ACL tears are more common in females than males. Several anatomical features of female bodies increase strain on the knee – and consequently the ACL. These features are:

These are fancy terms for describing how well a body – particularly its nervous system – controls the muscles and identifies where the body is in space at any given time. These abilities are particularly important during landing, which is when many ACL injuries occur. Athletes with poor proprioception or neuromuscular control have higher rates of ACL injury. The good news is that they can improve these abilities through training.

Poor landing mechanics can dramatically raise the risk of an ACL injury, specifically landing with:

Fortunately, athletes can improve their landing technique with training.

Core strength comes from muscles around the pelvis, hips and abdomen. Athletes who can't stabilize their trunk and hips put more force on their knees, which increases strain on the ACL. This can also be improved through training.

Environmental risk factors for an ACL injury include:

Receiving a blow to the leg isn't under an athlete's control. Luckily, this accounts for only about 30 percent of ACL injuries. The other 70 percent occur during an awkward landing or poorly performed change in direction.

Studies have shown that dry weather increases the friction between athletic shoes and the ground. As a result, athletes are more likely to get stuck while pivoting or shifting, which increases the likelihood of an ACL tear.

Compared with a natural surface, artificial turf creates more friction between shoes and the ground.

Ways to reduce the risk

Athletes can lower their risk of ACL injuries with the strategies described below.

One key to decreasing injuries is to train the posterior muscles.

Many of the athletes in physical therapy have overdeveloped quadriceps and underdeveloped gluteal and hamstring muscles. This imbalance is common, since numerous activities favor muscles in the front of the body. Exercises such as bridges, clamshells and dead lifts can help correct the imbalance.

Stabilizing core muscles – those of the abdominals, spine, pelvis and hips – is important to reducing injury risk. The core provides the foundation for leg movements. Exercises such as the plank and the Superman can improve core stability.

Faulty landing mechanics are a major contributor to ACL injuries. Many athletes land with their knees collapsing inward and forward past their toes or without bending their knees at all. These postures stress the knees.

Athletes should practice double- and single-leg landings, as well as landings in game-like situations. Soft landings are good landings!

A proper warmup gets the body ready for the demands of any sport. A dynamic warmup might include:

The key to any injury reduction program is practice. The neuromuscular system needs repetition, so that proper mechanics become second nature. Performing exercises properly and learning to land safely require focus. Young athletes need to be especially diligent because their bodies are changing.

Since more than 70 percent of ACL injuries are noncontact injuries, athletes have the power to lower the chance of one occurring by modifying the way they train and move. If you or your child has questions about exercise or technique, see whether your child's school has a certified athletic trainer or reach out to a licensed physical therapist.

If your child experiences a concussion, at-home care is important. Learn what to watch for and what to do if your child's symptoms get worse.

Most baseball and softball injuries in children affect the arm and result from overuse. Read more about some common injuries and how to help your child avoid them.

Ankle injuries often happen to children during sports and play. Read how you can help your child prevent an ankle injury. 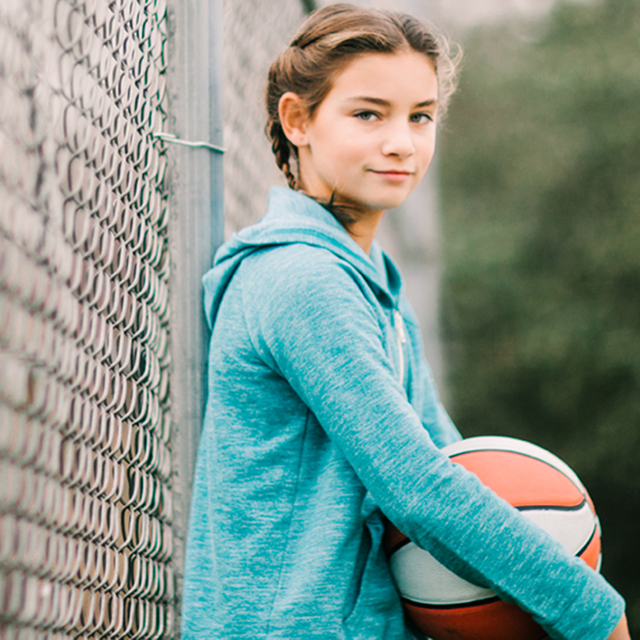