4-Year-Old Has a Total Pancreatectomy

One morning in December, Lorelei Batty woke up screaming in pain and sick to her stomach. Emergency room doctors in her hometown of Santa Maria, Calif., thought the 3-year-old had the flu and sent her home.

But Lorelei didn't improve over the next week and a half, and a far more serious diagnosis soon came in: pancreatitis, an inflammation of the pancreas that's rare in children and can be difficult to treat.

After spending most of the next nine months in seven different hospitals with deteriorating health, Lorelei finally underwent a lifesaving surgery at UCSF Benioff Children's Hospital San Francisco on September 8, her fourth birthday. By mid-October she was back home with her family.

UCSF is the only hospital west of the Mississippi that performs the complex procedure, called a total pancreatectomy with islet auto transplantation — and one of only a handful of institutions in the nation to offer it to kids, through the Marc and Lynne Benioff-funded UCSF Benioff Children's Hospital Pediatric Pancreas Program.

In fact, Lorelei was one of the youngest patients in the U.S. to undergo the surgery, during which doctors removed her pancreas and transferred its insulin-producing islet cells back into her liver.

"It was the best birthday gift she could have gotten," says her mother, Karilynne.

But because a genetic mutation caused Lorelei's illness and numerous flare-ups had left her pancreas heavily scarred, removal proved the best option. The catch is that simply extracting the pancreas along with its islet cells causes severe, lifelong diabetes.

While donor islet cells can work in some cases, reusing the patient's own cells eliminates the risk of rejection and cuts the chances of diabetes. Once established in the liver, the islet cells are able to produce insulin there.

"This procedure, total pancreatectomy with islet auto transplantation, is relatively new but becoming more common," said Dr. Andrew Posselt, the UCSF transplant surgeon who performed Lorelei's surgery. "Currently many physicians in the community aren't familiar with the procedure and so don't appreciate how effective a treatment it is. Improving the understanding that this is a viable, therapeutic option for some individuals is something that UCSF and other centers are working hard to achieve."

Even Lorelei's family didn't consider the procedure right away.

"We were told from day one, you don't get your pancreas taken out until everything else has been tried," Karilynne said.

But by June, "everything else had been tried and nothing was working," she said. "Lorelei was having daily, excruciating pain. She would almost pass out."

By then Lorelei was being fed intravenously because eating had become too painful.

The Battys learned that pancreatectomy with islet auto transplant was available in Minnesota and were considering flying Lorelei across the country. But one day Karilynne discovered that the procedure was available at UCSF during an online search.

She quickly got a referral from Lorelei's local gastroenterologist.

When Lorelei arrived at UCSF in June, it was clear to the pediatric pancreas team that she urgently needed to have her pancreas removed. Unfortunately, she had developed a rare and life-threatening complication.

"She had a leak of pancreatic secretions into her abdomen and chest," said Dr. Sue Rhee, co-director of the pediatric pancreas program. "The secretions are rich in enzymes that are intended to digest food. They were damaging her lungs and heart."

Unless the complications could be resolved, "we didn't think she would survive the surgery," Rhee said.

Over the next several weeks, the pediatric pancreas team — which includes experts in pediatric gastroenterology, endocrinology, hepatobiliary endoscopy, pain management, surgery and nutrition — worked to stabilize Lorelei so that the surgery could go forward.

On September 8, she was ready. The surgery took nine and a half hours.

First surgeons took out her pancreas carefully to preserve as many islet cells as possible. Once removed, the pancreas was brought to the UCSF islet isolation lab.

"The islets are surrounded by pancreatic tissue," Posselt said. "To separate them, a specific enzyme is used to digest all the non-islet tissue and liberate the islets. The tricky thing is to stop the process without digesting everything."

While the islets were being isolated — a process that took about four hours — Posselt and his team carried out the rest of the operation by reconnecting her small bowel and bile duct and placing a feeding tube.

They also had to take out a portion of her stomach because it had become inflamed and scarred. When the islet cells were ready, they were brought back to the surgical suite and transplanted into Lorelei's liver.

"It was a complicated surgery," Posselt said. "It was challenging but went very well."

The end of an ordeal

For Lorelei's parents, the day seemed endless. "We were pacing the hospital grounds," Karilynne said. Transplant nurse practitioner Marilyn McEnhill called every two hours with updates. "She would say, 'She's still doing great, they got the pancreas out, it's en route to the lab to be dissected,'" Karilynne said.

At the end of that long day, the news was good. Lorelei had come through the surgery well, and the team was able to get a good yield of islets into her liver.

Lorelei remained in the hospital for the next few weeks.

"She recovered remarkably well," Rhee said. "Her post-operative care was complex, but by working together with her interdisciplinary team and our specialists in the intensive and transitional care units, we were able to optimize her nutrition and quality of life, protect her islets and avoid complications like infections."

Throughout the months of Lorelei's illness, both Karilynne and Lorelei's father, Kyle, had to stop working. Because Lorelei was too young to understand what was happening to her, one of her parents stayed with her around the clock, while grandparents and friends pitched in to care for her 9-year-old sister, Daria.

On October 14, Lorelei finally went home. Within five minutes of arriving, she marched out to the backyard and started playing with the garden hose.

Since then, she has continued to improve. She is taking insulin to give her transplanted islet cells time to get fully established, and her blood sugar readings remain good.

Lorelei's doctors are hopeful that eventually she will be able to go off insulin. At this point, her biggest challenge may be learning to eat again after months of being fed intravenously, Posselt said.

Lorelei's family is thrilled to have her back home.

"As soon as she wakes up, she's ready to play with her sister," Karilynne said. "She keeps asking, 'No more hospital? I can live here now?'" 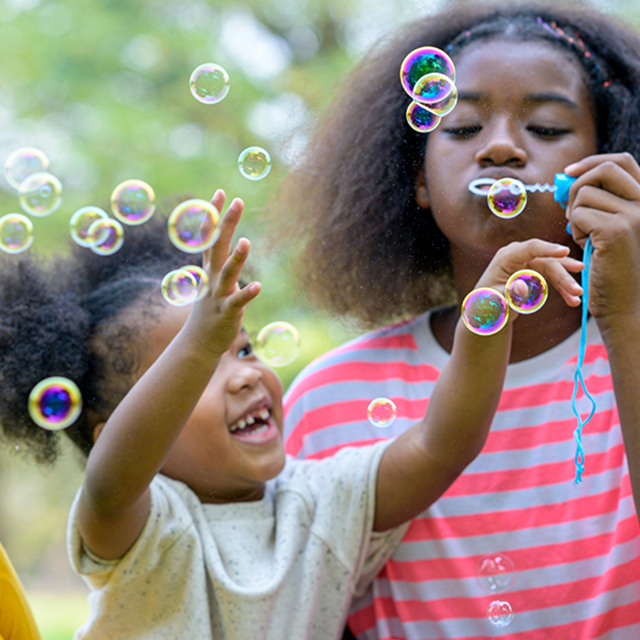