At only 6 weeks old Derrick Lee was diagnosed with biliary atresia, a blockage in the tubes that carry bile from the liver to the gallbladder. The first step treatment is an operation called the Kasai procedure. If it's not successful, a liver transplant is the only other option. Although doctors at his hospital in Oakland did their best, the Kasai procedure failed. Derrick's doctors recommended the baby go straight to UCSF Benioff Children's Hospital San Francisco. Soon after, Derrick's father, Derrick Lee Sr., donated part of his liver to save his son's life. Here's the family's story as told by Derrick Jr.'s mother, Robin Bridges.

How did you feel when Derrick was first diagnosed?

I was devastated and in denial. I couldn't help but think it was somehow my fault. The first question I had was — why? Why Derrick? When our doctor referred us to UCSF I knew it must be serious.

What was your first impression of Dr. Philip Rosenthal and the liver transplant team?

I was reassured by their expertise. Everyone on the liver team communicated with me really well. As you can imagine, I was very emotional. I didn't want to show them how close I was to falling apart, so I just asked a lot of questions. (laughs) They were very supportive and understanding. They put my mind at ease as best they could. I knew I had to put my faith in them. I knew in my heart that UCSF was a great hospital for our son.

What was the scariest part of hearing the doctors say that your son needed a liver transplant?

The hardest part was the not knowing. Not knowing if he was going to be okay. Not knowing if he would get a liver. Initially we were put on the organ donation list. Kids get first priority, which was good. But Derrick was very sick. His doctors told us he'd need a new liver before his first birthday. We couldn't afford to wait.

It quickly became clear that our best option was a living donation. That's when they take part of someone's liver and give it to Derrick. I couldn't donate because I had my own health problems. So, his dad was the most likely candidate. Luckily he turned out to be a great match. Once it was determined that his dad would be the donor, we only had two weeks to prepare for the surgery. The surgery was scheduled for December 22. It was the best Christmas gift ever.

What was your experience like at UCSF Benioff San Francisco?

They did a terrific job. I appreciated the hospital's resources. When you and your child are going through something that serious, it's important to be surrounded by people you trust, people who can explain every step of the procedure, people who tell you it's going to be okay. We also had access to support groups. Meeting other parents who were going through similar situations with their children was a huge relief. One day I met a father who'd donated part of his liver to save his daughter. That was the day I believed that Derrick was going to be okay.

What was going through your mind during the surgery?

It was a big operation. The surgery took more than 14 hours. Derrick was only 8 months old. I was so nervous. I didn't know what to expect. And when I finally saw him come out of the operating room I broke down and cried.

When did you know Derrick was okay?

Before the surgery he was so jaundiced that the whites of his eyes were a bright yellow, almost lime green. The day after the transplant, he opened his eyes, and I saw they were bright white. It was an amazing transformation. Also, the moment he woke up from the anesthesia he smiled at me. He was the same charming little boy. I knew then that my son was going to be just fine.

Afterward, I felt overwhelmed. I had to take Derrick to UCSF for blood tests four times a week. My daughter was only 5 years old at the time and she couldn't understand why I was so focused on her brother. But luckily he bounced back quickly. Dr. Rosenthal couldn't believe how fast he healed. Within two months of the surgery he was walking and, soon after, running, I knew he was going to be okay.

How is Derrick doing?

He is doing great. Immediately after the surgery, he was on 15 medications and today he is only taking one drug. He'll need to be monitored for the rest of his life but he is doing really well. He's very outgoing. He is bubbly. He's observant. He's just a happy little boy. He plays just like any other kid. There's no stopping him now. To look at him, you'd never know he'd ever been sick. He just runs and jumps and wants to do everything the big kids do.

Anything else you want to add?

I'm just so thankful to the liver transplant team. They gave me my son back. 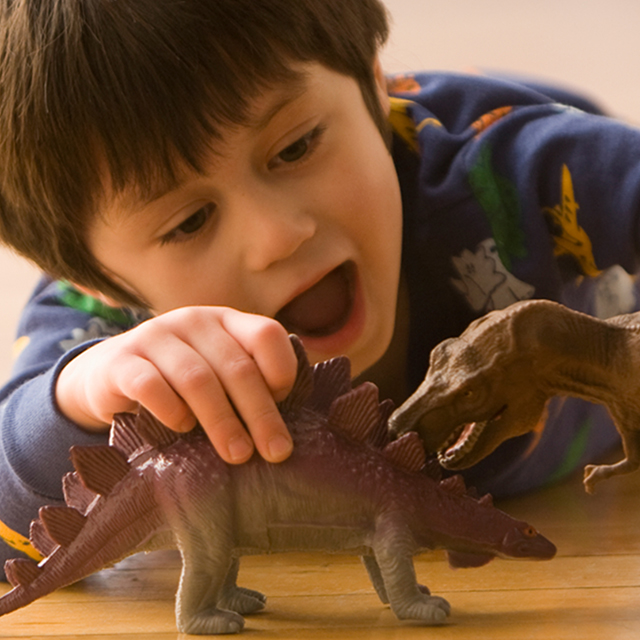